Earlier this month, the United States Department of Agriculture (USDA) announced that it will spend $ 5 billion to strengthen food supply chains and address food insecurity. This It includes $ 1 billion for grants and direct food purchases for hunger relief organizations, with a commitment to spend up to $ 400 million buying from local and “socially disadvantaged” farmers.

Emergency food assistance replaces the controversial Farmers to Families Food Box program, which the USDA launched in May 2020 in response to the pandemic. Over five funding rounds, the program delivered more than 173 million boxes of food for Americans in need and with the goal of supporting regional food systems, with mixed results.

The successes and failures of the food box program provide a cautionary lesson for the new USDA initiative. Specifically, it shows that while small local farms and community organizations are well positioned to produce and deliver emergency food and support local economies, they may end up frozen in favor of large agribusinesses if USDA continues to award contracts primarily to farmers. lower bidders.

During the first and second rounds of the program, USDA awarded contracts to many small producers and regional, cooperative-owned, and mission-driven organizations. These groups rose to the occasion, navigating the program traps and matching farmers seeking markets with families in need. Their efforts boosted local economies and provided quality and culturally appropriate food.

For regional food distributors like Common Market, a Philadelphia-based nonprofit, direct relationships were the key to success. “We already had strong relationships with farmers, community organizations, and schools,” said co-founder Tatiana García-Granados of her organization’s experience. “Some of the larger projects were unable to connect [people with food] so fast.”

From May to September 2020, the common market was supplied by small and medium-sized farms for deliver nearly 1 million boxes of dairy and produce for residents of Baltimore, New York, and Atlanta.

While the USDA program maintained a formal goal of supporting local farms, the third round of funding change how applicants were screened for prioritize lower cost offerings, making it difficult for small organizations to qualify. Not only did this exclude many regional organizations, but the larger, lower-cost contractors delivered fewer boxes per dollar.

In the first two rounds, the USDA spent $ 2.981 billion on 198 contracts and delivered 101.7 million boxes of food in four months. In the fourth round, the program recruited fewer than 54 organizations. Compared to the first two rounds, funding declined 17% in the fourth and fifth rounds to $ 2.463 billion, while the number of boxes dropped by nearly half, delivering just 53.1 million boxes in six months.

Many communities saw out-of-state companies replace local distributors in later rounds of the program. In Vermont, the first two rounds of funding went to Abbey Group, a state-based food service organization. A strong local network, including the Vermont Foodbank, enabled the Abbey Group to successfully connect families in need with local farmers who lost food service markets. The colaboration provided 80 pickup locations for families and from 19 Vermont farms. When a bidder from another state, Global Trading Enterprises, took over the program, the number of pickup sites diminished at seven. Global Trading was unable to source from Vermont farms – the low price of its food boxes could not accommodate local farmers with higher overhead costs. The large distributor’s boxes also contained less variety and often inappropriate size“Which leads to food waste.” The low supply priority ignored existing social capital and regional networks, and the Vermont program lost its steam.

Similar scenes played out across the country as the USDA program entered its third and fourth rounds. The Southern Federation of Cooperatives, a nonprofit association of black farmers, landowners, and cooperatives, was very successful early in the program. Federation connected local farmers to 20 nonprofits, churches and community groups in Mississippi, Georgia and Alabama, and originally 82 percent of the produce from small black-owned farms. Despite its success, the Federation contract was denied in the third round. A&H Farm, a small vegetable and livestock operation in Kansas, planted crops in anticipation of round three funding after exceeding expectations in rounds one and two. It was also blind: In the third round, your contract was denied.

On February 12, 2021, the Vermont Congressional delegation requested a formal investigation by Global Trading Enterprises. This dovetailed with a nationwide request. As of October 2020, 50 members of Congress I ask Agriculture Secretary Sonny Perdue to investigate changes in the third round of funding that left so many farmers on the sidelines.

Several groups presented recommendations for improving the food box program and future USDA procurement efforts. In a report earlier this year, the Harvard Food Law and Policy Clinic (FLPC) and the National Sustainable Agriculture Coalition (NSAC) recommended establish, maintain and follow up on a more concrete goal of supporting small and medium-sized, minority- and women-owned farms and distributors. FLPC and NSAC also cautioned against evaluating bids based solely on cost. According to their report, bid prices must take into account reasonable and historical cost differences to “ensure that small and specialized farms are adequately compensated.”

Biden’s USDA has a great opportunity to respond to the crisis by building a fair, equitable and sustainable food system. This ambition requires USDA to understand the harm of prioritizing the highest bidder over broader societal goals. “Ultimately,” says Fitzgerald, “if low price is the foundation on which the food system operates, it undermines the resilience of the economy.”

This piece originally showed up on Food and energy. 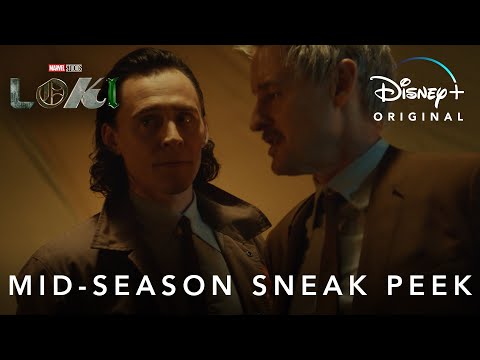