William and Harry to unveil statue at Kensington Palace

The new Kensington Palace work, which has not been seen by the public, was paid for in part by singer Elton John and her husband David Furnish.

Commissioning the statue in 2017, William and Harry said, “Our mother touched so many lives. We hope the statue helps all who visit Kensington Palace reflect on his life and legacy. “

Sibling relationships soured after Harry’s marriage to Meghan in 2018 and deteriorated further when the couple recorded an explosive television interview with Oprah Winfrey earlier this year.

Harry told Winfrey that he loved his brother “in pieces”, but confirmed that a deep rift had opened between them.

“We have been through hell together. I mean, we have a shared experience. But we, you know, we’re on the move. . . we are on different paths, ”he said.

“Relationship is space right now. And, you know, time heals all things, hopefully. “

He said William and Charles were “trapped” within the monarchy, and claimed that someone from the royal family had expressed concern about how dark the skin of Meghan’s first-born son, Archie, would be.

When asked after the interview if the royal family was racist, William replied, “We are not a racist family.”

The couple issued separate statements after Philip’s death and did not walk side by side in his funeral procession.

But in a sign of a possible thaw, Harry mentioned his brother this week in a speech to recipients of the Diana Award for young people spearheading social change.

“At the end of this week, my brother and I recognized what would have been our mother’s 60th birthday, and she would be very proud of all of you for living an authentic life with purpose and compassion for others,” she said.

“Our mother believed that young people have the power to change the world.

“She believed in your strength because she saw it day after day and in the faces of young people exactly like you, she witnessed unlimited enthusiasm and passion.”

Get a note directly from our foreigner correspondents about what’s in the headlines around the world. Subscribe to the weekly What in the World newsletter here. 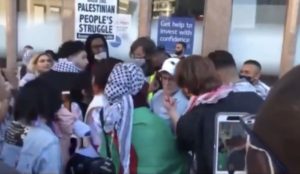