Twitch reached a new viewership record in the second quarter with 6.2 billion viewing hours, according to Rainmaker.gg, StreamElements analytics partner.

The figure represents a 4% gain for Twitch compared to the first quarter of 2021.

Facebook Gaming’s audience for the quarter was 1.21 billion hours, which also represented a 4% increase over first-quarter views.

Grand Theft Auto V was the most watched game of the month with 167 million hours, followed by League of Legends with 143 million, Call of Duty: Warzone with 80 million and Valorant with 76 million.

Between the months of January and June, six of the ten most popular Vtubers on Twitch saw notable increases in their respective audiences.

“One of the biggest trends to watch is the rise of VTubers,” said StreamElements co-founder Doron Nir.

“In addition to attracting impressive viewership numbers in June, a look at how much the majority have grown in watch hours since January illustrates just how great their appeal has become.”

Vaccine launch highlights the difference between leaders and managers 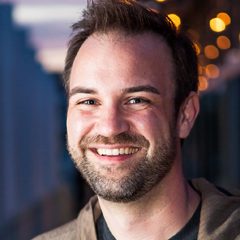