Former President Donald Trump could easily be known as a lying president, death president, traitorous president, racist president, misogynist president, and autocratic president. All his character flaws and mental problems are in the open and threaten the survival of all that is good about America. Republican enablers like Mitch McConnell, Kevin McCarthy, and most of the Republican Congress are keeping Trump relevant to prevent him from destroying their base. Republicans = Power over the country.

In their continued support for Trump, millions of Americans identify as autocrats, racists, and false patriots and false Christians. Republicans against the Trumpism movement should consider formally separating from the Trump-Republican party and reestablishing the traditional Republican Party. The courts must continue to prosecute him, his corrupt cronies and members of his administration for their crimes. Those members of the American electorate who continue to support a racist, law-breaking, and low-character person to be the leader of this country should pay a price for turning their backs on all that America stands for.

Peaceful protests against Trumpism should begin now regularly to ensure that all Trump-backed Congressional candidates lose in 2022. The Republic is on the run as millions remain under the spell of the most dangerous cult leader in American history. . Pray for the allegations against Trump finally “locked up.” 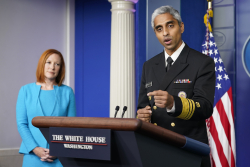