Faster than black caviar? It’s time for a time change

An outdated tracking system that used to time a horse running faster than Black Caviar has been replaced, with the new system, involving Champion Data, launching in the Melbourne subway on Wednesday.

Recognized for its role in generating AFL statistics, Champion Data has partnered with tripleSdata to deliver Victorian racing with a new timing solution, replacing Trakus, which was outdated and provided unreliable sectional bettors.

As part of live testing of the new system, the in-play sections will be displayed on industry-owned Racing.com during Wednesday’s race at Sandown, and the system will be available in Flemington, Caulfield and Moonee Valley by the end of August.

A full streaming and digital package, which will provide punters with sectional data within 15 minutes of running a race, is expected to be available prior to the launch of the spring carnival, and the system should also provide announcers, including the free ones. partners Seven and Ten – with the scope of graphically showing where the horses are placed when running.

Racing Victoria president Brian Kruger announced at its most recent annual general meeting in November that the industry was “very close to implementing an agreement with a new service provider, a group called tripleS, which we believe will provide a much better service. “to the outdated Trakus system.

The respected sectional data provider Daily Sectionals, which provides the industry with sectional data within 48 hours of all TAB race meetings in the country, then recorded the Sartorial Splendor section at 10.70, highlighting the unreliability of the data. by Trakus.

Trakus was described by Racing Victoria in 2014 as the world’s leading technology, and the industry and state government each contributed $ 918,310 as part of the initial investment to implement the GPS system on its three main tracks.

“If we want to grow Victoria’s racing industry and the economic benefits and jobs that flow from it, then investing in new technology and infrastructure for racing is critical,” the Prime Minister and Minister of Racing said at the time. from Victoria, Denis Napthine. 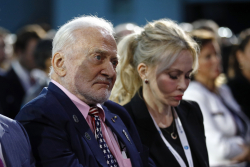