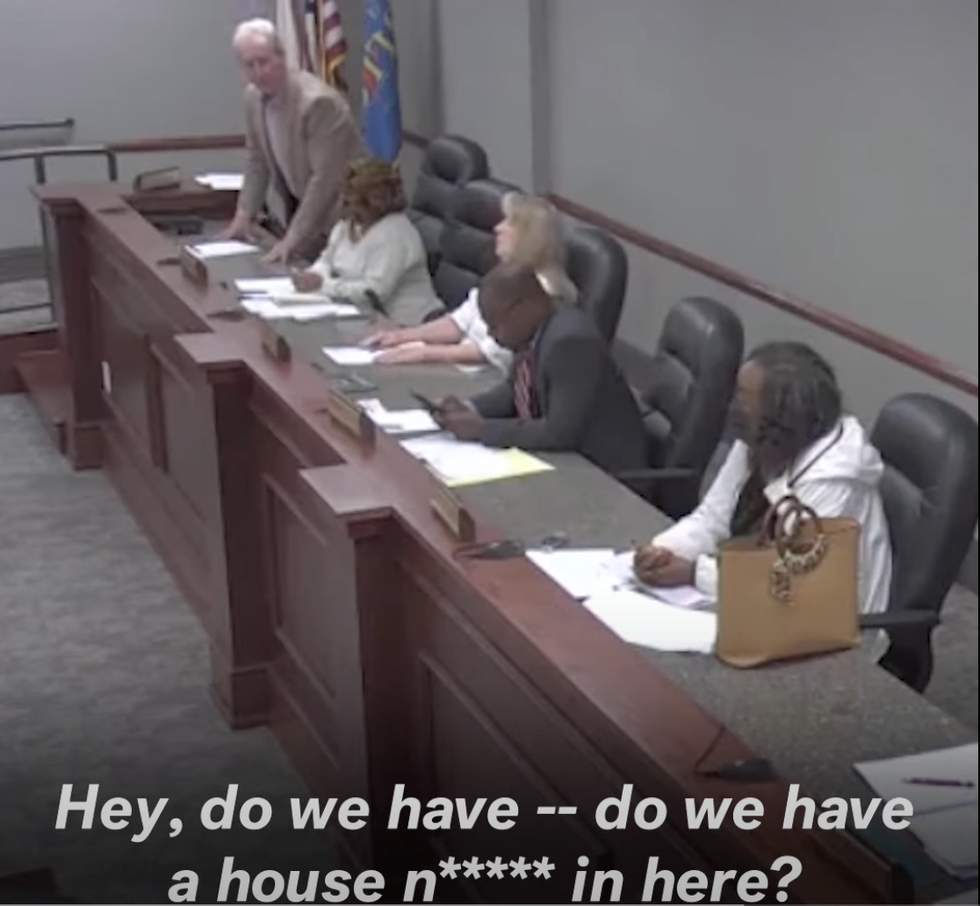 Jimmy Barnes, City Councilman for Fort Valley, Georgia, was arrested on July 12 and charged with aggravated aggression and the making of terrorist threats. Barnes allegedly called a black woman the “n word” multiple times at a Highway 49 Food Mart and threatened to shoot her in the face.

Barnes was released last week on a $ 50,000 bond and despite modeling the latest in designer ankle monitors, he is still a member of the City Council. During a Zoom meeting, his colleagues refused to suspend him from his seat, but removed him from his position as chair of the committee. You have to set a limit.

Fort Valley is 78 percent black, So white politicians dropping the “n-word” doesn’t seem like an ideal approach. Fort Valley Mayor Barbara Williams, who is also black, offered this statement about the incident, which sounds like one of the morals. From the 1980s cartoon “He-Man”: “In the heat of the moment, sometimes people don’t know how to reduce anger, we’ve seen it across the country, everywhere.”

I’m not sure that anger management is the main issue here. It’s not like Barnes loses his cool and yells, “Son of a bitch, why are you paying for a carton of milk with a check?” He was just as casually racist and violent with a black woman as, well, the average white jerk during a period in history scholars cannot learn in Georgia.

However, Williams was not enthusiastic about the soft treatment the committee gave Barnes, who has been a member of the council for 20 years.

Yes, it is a no-brainer, but it is an election year. We assume that black voters will send Barnes’s political career to that Quentin Tarantino movie in heaven.

A Republican city council member in Alabama says “do we have a house black here?” to a black woman from the council. This … https://t.co/6nUguChPkN

But Barnes is not the only good racist, far from it. Republican City Council Member Tommy Bryant of Tarrant, Alabama, stood up during a meeting Monday and asked, “Do we have a house (n-word) here?”

Bryant, 76, blurted out the “n word” during an exchange with Wayman Newton, Tarrant’s first black mayor. Newton is 41 years old, but I’m sure this wasn’t the first time he heard the “n-word” word. Our version of a bar mitzvah is a white person calling us a racial slur: “Now you’re a man! Or a boy, according to this racist jerk.”

Bryant had previously admitted calling Newton “a little boy” in a transparent attempt to provoke him into a fight, which Newton would have won. When reminded of the racist history of whites calling adult blacks a “boy,” Bryant pointed out that he had called Newton a “little boy,” as if that was somehow exculpatory.

During Monday’s meeting, Newton voiced his concern with allegedly racist comments on Bryant’s wife’s Facebook page, and Bryant’s comments, literally sparking a gasp, came after someone present also accused his wife to use the “n” word on Facebook.

For the next few minutes, Bryant takes the floor and his points are scattered. Bryant and Newton have some back and forth exchanges and Bryant complains about being interrupted by others in the past. Right after the 1 hour and 38 minute mark in the video, Newton takes the floor and mentions Bryant’s wife and her social media posts. From there, the exchange grows with another city council member commenting on his wife’s posts on social media and Bryant defends himself by stating that his wife doesn’t speak for him.

“I am not my racist wife” is a legitimate position, but Bryant immediately escalated the situation to “I myself am a racist.” It seems like a bad strategy.

Bryant pointed to Councilmember Veronica Freeman when she asked, “Do we have a house (n-word) here?” This obviously upset Freeman, who started crying into his hands before leaving the room. Bryant, who must be very proud, claims that he was only repeating something he had heard Newton say, which Newton denies.

The meeting continued for another 30 minutes, while “racial tensions in the city” were discussed. Newton suggested a special town hall meeting on racism, which Bryant expressed ambivalence about attending.

The Alabama Democratic Party, from your safe location, has called for the resignation of Bryant, correctly stating that he is racist and incapable of service. Bryant will not resign, but he offered a counterproposal to run for mayor against Newton, who is a Republican and probably very confused in general.

The Alabama Republican Party is deeply concerned by the racial outburst and disrespect shown by Council Member Tommy Bryant. Such language is completely unacceptable in any setting, and even more troubling if it comes from an elected official. We are proud to have Mayor Wayman Newton as a member of the Jefferson County Republican Party and deeply appreciate his commitment to serving his constituents with honor, even in the face of adversity.

Wahl is a supporter of Donald Trump’s “America First” (wink) agenda, so this statement is just as pointless as one of Trump’s promises.

This has been another fun week in our totally non-racist country.

Keep Wonkette forever, please, if you can!