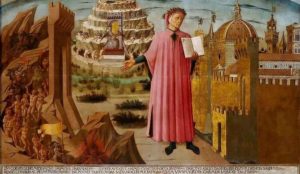 In Dante’s “Divine Comedy”, according to an article published Thursday in the British Catholic weekly The tablet, “The prophet Muhammad, along with four popes, is depicted suffering the torments of hell.” However, as for The tablet Worries, the big news in this 700-year-old literary masterpiece is not that, but a “lesser known” aspect of the epic poem: “how much Dante’s masterpiece owes to the vibrant culture of early medieval Islam.” Well, of course. In all that used to be known as Christianity, the best and the brightest eagerly twist into all sorts of knots to argue that Islam has always been part of the West, and not as a historical adversary, either, but as an integral element of Western culture. Why shouldn’t The tablet Join the party?

“It may seem strange,” writes English author Ian Thomson in The tablet, “That the most emblematic poem of medieval Christian Europe, The Divine Comedy, should contain so many Arabic loanwords (‘murderer’, ‘alchemy’, ‘zenith’, ‘alcohol’) as well as references to Islamic intellectual life.” Well, no, Ian, it’s nothing strange. The idea that one can influence and be influenced by an adversary was taken for granted in earlier and saner times. The modern idea that Europe was a racist entity saturated with “Islamophobia” is anachronistic in more ways than there is space to describe here. But the debatable influences that may have come to Dante from the Islamic world do not mean that the jihadists did not threaten to conquer and enslave Europe either.

“Eastern treatises on medicine, natural science and mathematics entered the Italian peninsula mainly through Muslim Spain and Sicily,” Thomson continues, “and their fingerprints are everywhere in this masterpiece by Dante Alighieri, whose death makes 700 years we are marking this year. . “However, the image that Thomson draws is not entirely rosy:” However, in the face of the rapid expansion of Islam westward, Dante also absorbed a fierce dislike and misunderstanding of Islam. Specifically, the only Arabic word in his three-volume journey through hell, purgatory and paradise which refers to Islam as a religion is meschite (‘mosques’). Mosques, in the medieval Christian judgment of the Tuscan poet, were a symbol of stubborn heretical and false allegiance In the first volume of the poem, ‘Hell’, the poet-pilgrim Dante approaches the fortified Islamic citadel of Dis in the Lower Hell, where a gleaming red mosque like the one seen by the Crusaders in the Holy Land emerges from the air charred and greasy…. “

The agenda of this Tablet the article is clear. Western “journalists” make a continuous effort to condition Western non-Muslims to accept Islam and to think of it as an integral part of the West, Islam. 1,400-year jihad against Christianity and post-Christianity despite. Nor is The tablet remotely the first at this particular party. Al jazeera reported in October 2019 on “a major exhibition at the British Museum in London called Inspired by the East, which explores the significant, though often unrecognized, influence of Eastern culture in the West. “Discover centuries of art inspired by the Islamic world,” the museum promises visitors. “ 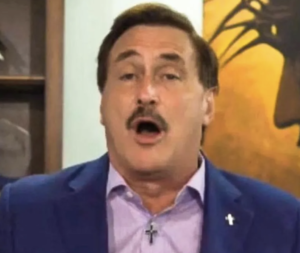