Weather summary: so hot, and that's it for the fish - Africa News Quick
Skip to content 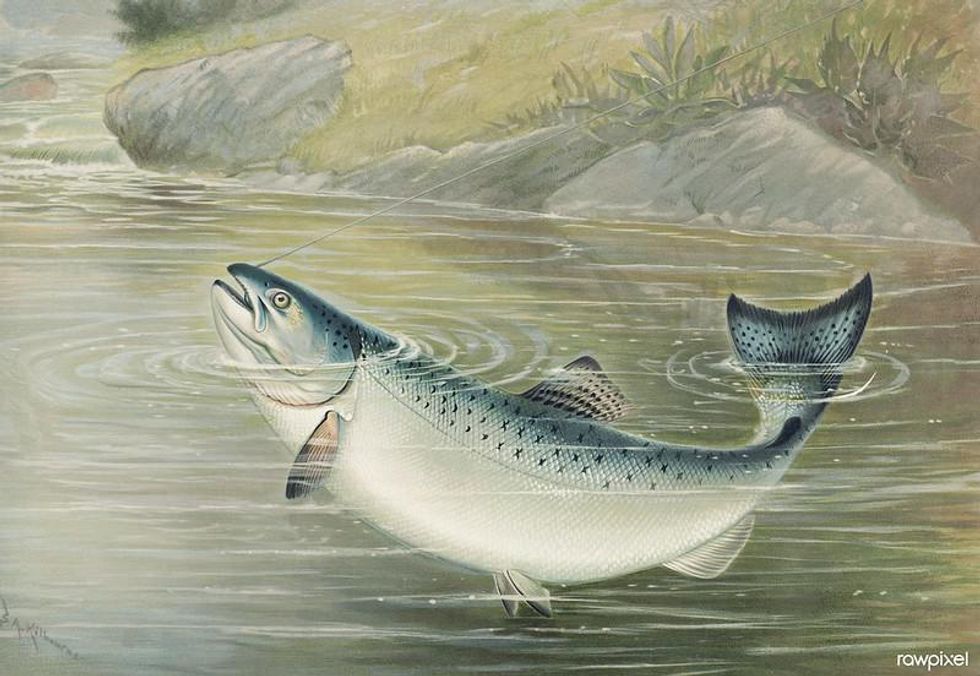 Whenever I write about climate, I am always careful to emphasize that climate scientists largely agree not only that climate change is real, but also that it is not too late:
Urgent action is needed to prevent the worst effects of global warming. Very bad things are already happening, but it is too early to give up and play “Nearer My God To Thee” as humanity glides beneath the waves.

We simply don’t have time to waste in climate despair. Also, nihilists are so
boring. There is still time to act and, indeed, building a green energy economy can also be the engine for creating a fairer and more equitable economy. The “Green New Deal” idea, remember, has as much to do with environmental justice, equity, and jobs as it does with solar panels and wind turbines.

I want to highlight that goal before we get into today’s climate recap, because there are definitely some unhappy things to talk about. Climate change is here and it slaps us to get our attention.

Fish should be cooked in kitchens, not rivers

The prolonged drought in the west, exacerbated by the “heat dome” that brought record temperatures to the region a month ago in Seattle and Portland, and which is squatting over the in the middle of the country now, has been playing hell with wild populations of wild chinook salmon in California Y trout in Montana. That’s bad news for fish and the ecosystems that depend on them, and also for the people who make a living from fish.

The
Los Angeles Times got some greats (if it’s depressing as shit) coverage of the salmon crisis here, explaining that fish have been “dying by the thousands” in the Klamath River in Northern California due to low water levels caused by the drought. This has caused a parasite that kills the fish. And the Sacramento River can lose its entire salmon “winter streak” due not only to water that is too hot for fish to spawn, but also, as an infuriating editorial explains, due to terrible river management decisions made by the Trump administration but then, inexplicably, by the Biden administration and by state regulators under Governor Gavin Newsom. Says the editorial: “Those decisions are still reversible. It is too late to save one of the remaining wonders that make California what it is. But it is not. too afternoon.”

If you don’t have enough for free
LA Times read this month to read both stories, read the editorial, which is exciting and explains some really cool facts about salmon, such as how the four different Chinook salmon “runs” in the Sacramento River are “genetically, behaviorally and ecologically distinct” and evolved to adapt to the conditions of the moment in which each one begins to migrate river to spawn.

Salmon need cold water to live. Fish from the Sacramento River used to spawn high up in the Cascade Mountains, but the construction of the Shasta Dam in the 1930s meant that the fish had to start spawning downstream, in warmer waters, which is not good for salmon eggs and small fish. . To keep the water cool enough for the fish, the US Office of Recovery keeps Lake Shasta deep enough that the cold water from the lake can be released in the summer to prevent the salmon from dying.

Yes, here comes Trump! And, interestingly, the people who should be better:

As president, Trump scoffed at those practices, saying that all stored water should go to orchards and farm fields. Using water to prevent extinction, he said, was simply “throwing it into the sea.” His Department of the Interior pushed aside his biologists and got new ones, who issued new guidelines calling for much less cold-water storage.

The Biden administration adheres to the same weakened and scientifically suspect biological views. This year, to their discredit, the California Water Quality Control Board, made up of individuals appointed by the governor, adhered to the low requirements of cold water storage in Shasta and the release of water to almond orchards and rice paddies.

That means a likely extinction for the winter season if the policy continues, and probably for the spring season as well. Damn, make some noise about this.

Our other fish story comes from Montana, where a host of factors have combined to endanger the rainbow and brown trout that have made the state, and the rivers that run through it, a destination for millions of anglers.
New York Times:

Trout thrive in water between 45 and 60 degrees. Temperatures in some rivers have reached 70 degrees much earlier than usual. At these temperatures the fish are lethargic because there is less oxygen in the water and they stop feeding; the stress of being caught by fishermen in that weakened state can kill them. Around 75 degrees can be lethal for trout.

Montana’s rivers and streams are wild trout fisheries, which means that unlike most states, the rivers are not stocked with hatchery-raised trout. If populations collapse, the state’s wild trout would have to recover on its own, which could take years or might not happen at all.

There is at least one good thing emerging from all the wildfires in the West this year: Smoke from the fires “may be preventing rivers from heating up further by reducing the amount of direct sunlight.” Hurrah!

You could probably use some good news, huh? For starters, in northwestern Washington state, the Whatcom County Council
voted unanimously this week establish “permanent land use policies that prohibit new fossil fuel refineries, coal plants, transshipment facilities, piers and docks in the Cherry Point industrial zone.” This is a HUGE deal, as two of Washington’s five oil refineries are already located there, and if tribal activists (the Lummi Nation) and the local community can work with elected leaders to say no to further development of fossil fuels, then it is not. Is THAT a big boost for green energy elsewhere?

Finally, there is
this inspired oddity, from Representative Sean Casten (D-Illinois), who is doing his best to make the Federal Energy Regulatory Commission (FERC) sexy, or at least silly enough that people pay attention to what the commission does (about what else in a moment). Just glory in daddy’s cheesy joke!

all i will say is check this out https://t.co/KVmnlxjn4T

I wake up to continue our celebration of the hot summer of FERC. As climate activist Fergie would no doubt say, “FERC’s apt definition is to make our planet colder.”

Turns out that was a sequel to
a previous floor speech playing Megan Thee Stallion (who we understand isn’t actually a character in this fall’s reboot of My Little Pony), because why not use the social media craze to let people know there’s a vacancy at the commission that Joe Biden has, strangely right? however, he did appoint someone to fill out. Once that happens, the FERC will finally have a Democratic majority, which means the regulatory body can begin to make serious changes; again, more on that later. the completely serious video:

Today, I declared the start of #HotFERCSummer. Why? Well, paraphrasing @theestallion, because now that @FERC has… https://t.co/mk04YzZBxb

David Roberts, Clean Energy Expert and Vox Alumnus
explains why this is so important FERCing:

The fastest way to decarbonize the US economy is through clean electrification, decarbonizing the power sector, and shifting energy use in other sectors such as transportation and buildings to electricity.

How can the federal government help in that process? Most of the control over utilities and energy markets is at the state level. There is only one federal agency with actual jurisdiction over electricity: the Federal Energy Regulatory Commission, or FERC. […]

The FERC has many important decisions to make, about transmission, electricity rates, and markets, with potentially transformative consequences. But the agency moves slowly, regulation takes months or years, and you only have three and a half years to do everything. Biden needs to have someone in that seat.

For you energy geeks, Roberts and Rep. Casten sat and talked for a good hour and talked a little bit about what FERC does and why it is so important. I bet it’s pretty good, although I must confess that I didn’t hear it last night, because the salmon stories left me in a disgusting depressed puddle.

I’m going to have to do a future article on “weather anxiety”, which is a real thing, but it can also be a
white insider distraction we cannot afford to stumble. There’s work to do, so let’s be serious, yeah, but let’s get the damn work done, maybe with some silly dad jokes to help along the way.

Yr Wonkette is here for you as we all get through this, whatever it is, to paraphrase Mark Vonnegut. We are also funded entirely by readers, so if you can, please give $ 5 or $ 10 a month to keep us going.