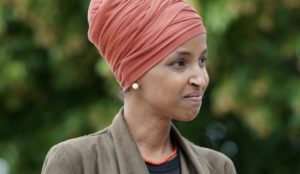 Daniel Greenfield, a Shillman journalism fellow at the Freedom Center, is an investigative journalist and writer who focuses on the radical left and Islamic terrorism.

July is when families load screaming children into a minivan for a road trip, when water parks overflow with the smells of cotton candy and bleach, and shootings in Chicago reach levels only seen in minor wars. From South America. Sprinklers spin over dying lawns and glorious fireworks soar in the sky over a million American cities, towns and villages.

But Rep. Ilhan Omar, Rep. Rashida Tlaib, and a group of leftists would like to make July Muslim American Heritage Month.

“As we continue to see an increase in anti-Muslim hatred, it is important that we recognize the resistance and achievements of American Muslims with a formal resolution,” said Representative Omar.

Except that July has already been designated National French-American Heritage Month.

“American Muslims have played an important role in shaping our nation for centuries,” insists Representative Andre Carson. “Designating July as Muslim-American Heritage Month is a wonderful opportunity to honor the pioneers who came before us.”

Muslims played a small role in America until the 1970s with the adoption of Islam by America’s black nationalist opponents and the initiation of violent terrorist attacks such as the Siege of Hanafi in DC While the next phase of Project 1619 his alternate history will undoubtedly produce which will reveal that Alexander Hamilton bowed to Mecca and Dolly Madison wore a burqa, there is little doubt among sane historians that the French were here first.

There are 12 million Americans of French descent, and while a congressional resolution on Franco-American Heritage Month was last passed in 2002, that’s because French-Americans are much less vocal about the occupation of cultural territory than Omar and Tlaib. The resolution noted that the French had established parts of the United States, that Lafayette had fought for American independence, Tocqueville had explained America, and L’Enfant had established Washington DC (3 out of 4 is not bad). The French arrived first.

Although perhaps Rep. Carson can explain more about the “leading role” that Muslims played “in shaping our nation for centuries” and how it surpasses the role played by the French.

If it wasn’t bad enough that Omar, Tlaib and Carson were spitting in the faces of 12 million French-Americans, they’re also hijacking Disability Pride Month. The Hamas Caucus could try to move Muslim Heritage Month to June, but it is already Gay Pride Month. And when Islam and homosexuals meet, the latter tend to be thrown from tall buildings and then stoned to death.

August, however, is pretty clear, as well as being National Immunization Awareness Month.

But, just as the Ground Zero Mosque had to be near the site of the greatest impact Islam has had on shaping American history, Muslim Heritage Month has to take over July.

No other month will do.

Representative Rashida Tlaib had already tabled a resolution for April as Arab Heritage Month, where she displaced Scottish American Heritage Month. (But what contribution have the Scots made to America compared to the centuries when Omar and Tlaib shaped the country?)

Does Tlaib really need two months or one sixth of the calendar year? The months of inheritance are generally ethnic, not religious. But the Hamas Caucus wants two months to start. Having confiscated a month from the Scots, they would like to kidnap another from the French.

One of them has to do with violating the separation of church and state by promoting a religion.

July means fireworks, barbecues, and patriotic songs. But Representative Rashida Tlaib would like it to be about honoring “the achievements, contributions and sacrifices of American Muslims in the face of growing anti-Muslim hatred.” Or, according to Tlaib, “it will provide an opportunity to foster religious tolerance across the country and combat misinformation directed at the Muslim community.”

Like all themed months lately, this seems destined to be another ‘America Sucks’ month. But it will come packaged with an additional portion of Dawah or Islamic missionary activity while informing us that Islam has nothing to do with terrorism and that anyone who disagrees should be beheaded.

In fact, the resolution itself promotes the hijab by insisting that “women who wear the hijab or headscarf” are discriminated against in the United States. The resolution then goes on to celebrate defendant domestic abuser Keith Ellison and then, after appropriating July, attempts to appropriate the ice cream cone as well. It’s one thing to hijack the Fourth, but the ice cream cones too?

“While the invention of the ice cream cone by Syrian immigrant Ernest Hamwi is a practical confection with an almost ubiquitous presence in American life,” the resolution falsely states.

First, Omar and Tlaib displaced the French and Scots, and then the Italians.

Ernest Hamwi, a Syrian immigrant, played a role in the ice cream business and patented his own cone decades later in the 1920s, but he was a Christian, not a Muslim. Ernest was one of many Syrian-Lebanese Christians who fled Muslim persecution and famine to reach the United States in the early 1900s. She married a member of a local American family and was buried in the Valhalla Cemetery. His stepson, Arthur C. McGuffin, took over his company.

As July wanes and Omar and Tlaib try to take over the month and even their ice cream, replacing bathing suits with hijabs and the Declaration of Independence with the demonization of the United States as an Islamophobic racist society that only has two months to celebrate its heritage, instead of twelve. Let’s remember the heroic American patriots who fought to keep us free.

The only inheritance month we really need is the inheritance of our freedom from all tyrannies.

Including the one that American soldiers fought from the “shores of Tripoli” in the First Barbary War of 1801 to the one they still fight against terror in our homeland today. 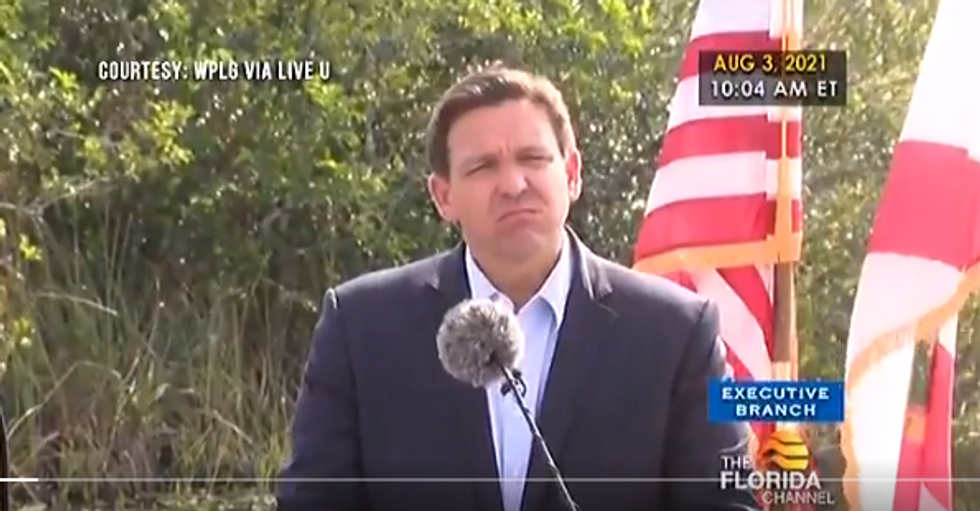