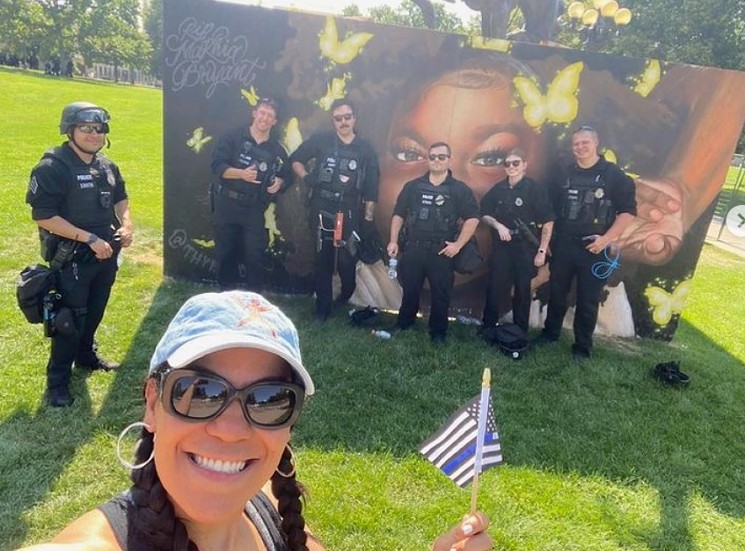 The most unfortunate selfie of the Republican vice president of Colorado

Westword Michael Roberts reports about a controversy that is brewing around Priscilla rahn, the vice president of the Republican Party of Colorado, and a photo you can see above that he posted from this weekend Black Love Mural Festival in downtown Denver. That’s Vice President Rahn, who is black, posing with a group of Denver police officers in front of a mural created by an artist known as Thyris of Ma’Khia Bryant, a young woman from Ohio killed by police earlier this year. In addition to the line of police officers effectively blocking the mural, Rahn holds up a “Thin Blue Line” flag used by police supporters.

With these facts in sight, fire up this tinderbox:

[Thyris]: “Regardless of whether you feel her death was justified or not, I don’t understand how you can justify making fun of the death of a 16-year-old girl, especially as a children’s teacher. This is unpleasant. I want to know why you disrespected Ma’Khia and her family. Why would you bring hatred to a mural festival literally called ‘The Black Love Mural Festival’? I want an explanation and responsibility from the cops in the picture and @rahnforeducation. Why did you do this? “

The text that Rahn, who is Black, had written to accompany his selfie on Twitter took a pro-police angle: “Backing the blue today at Civic Center Park for the annual Law Enforcement Appreciation Day. Thanks to Denver police. The Republican Party is committed to supporting you and keeping our neighborhoods safe. God bless you all! #denver #leadright #colorado. “However, so far he has not given Westword any further details on his motivation. Although he left a message on July 26 saying he would be happy to discuss the situation, he has not responded to a large number of follow-up messages since then …

We’ll start with the basic point, the photo is totally indefensible, and despite the good faith efforts of everyone involved to believe Rahn’s insistence that it was not intended to offend, there is simply no way around the knee-jerk reaction. which causes this image:

After listening to Rahn, Thyris feels conflicted. “It felt like a joke, and when I went to his Twitter page, everything fit the narrative,” he notes. “She is a Republican and there were MAGA caps and she said things about children and the police. So I can see Priscilla being honest, but it seems like a great coincidence to me. I don’t know if the word is racist, because she’s black, but when I see a Blue Lives Matter flag, which came after Black Lives Matter, it’s hard for me not to see that as ‘Fuck the blacks.’

This is not the first time that we have been forced to consider the uneasy intersection of race and Republican politics. Republican representative Dave williams from Colorado Springs, a Latino who carved out his political niche with bitter anti-immigrant vitriol, represents another similar case of a political figure who capitalizes on the dissonance between his identity and his politics. This is how you get a black woman who takes a selfie with a line of white police officers blocking a memorial to a black teenager killed by the police.

Despite the attempt to get away from the obvious, this image says much more than the photographer intended.

For Colorado Republicans, none of that is good. 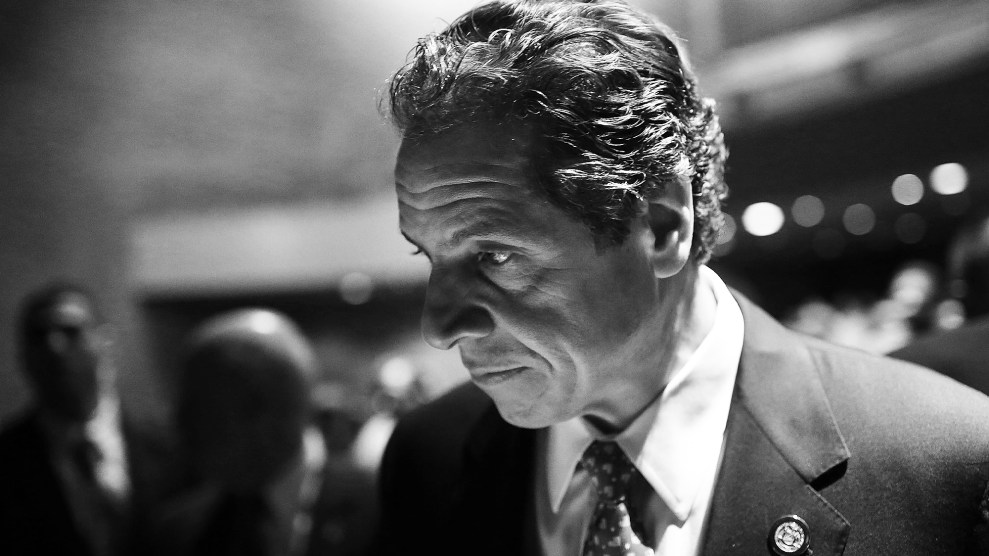