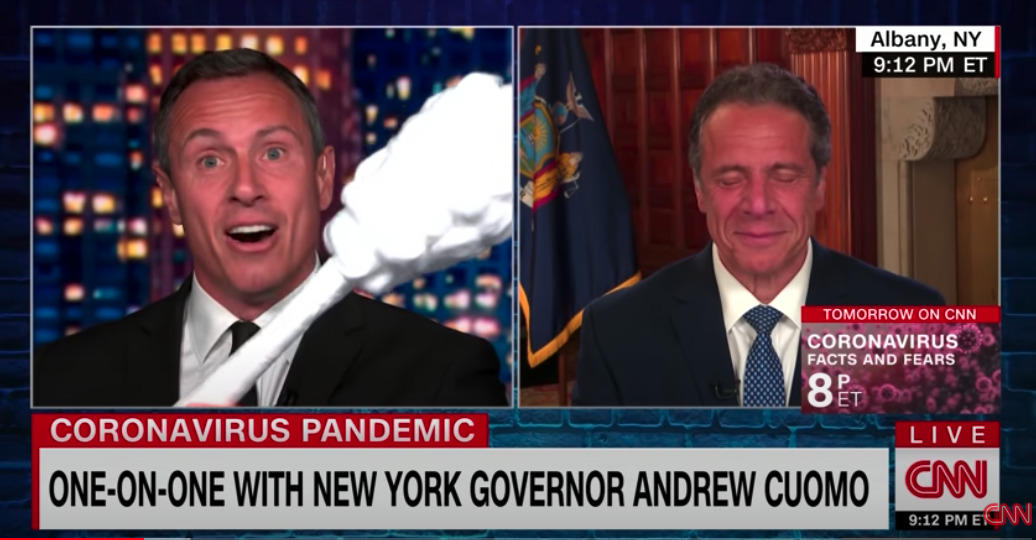 And it was awkward. To say the least.

Many viewers on social media noted that Chris said nothing about his brother’s scandal, which had made national news all day.

Don Lemon started talking about Andrew Cuomo the moment his brother got off the air. pic.twitter.com/Pd1e7QgogL

RELATED: Congressional Black Caucus takes sides against AOC-backed candidate: ‘trying to make a name for himself’

Chris Cuomo: ‘I love you D-Lemon’

Lemon and Cuomo spoke briefly about the January 6 riot on Capitol Hill, then Lemon said, “You know what? I love you brother.”

Cuomo replied, “I love you D-Lemon.”

After Cuomo disappeared from the screen, another Cuomo appeared.

“The calls are getting louder,” Lemon said. “This is what I’m talking about: New York’s top Democrats to the White House calling on Governor Andrew Cuomo to step down.”

Lemon continued: “This was in the wake of an explosive report from the state attorney general alleging that the governor sexually harassed 11 women, including state employees and a state trooper.”

“I love you bro,” Don Lemon tells Chris Cuomo in the last words before moving on to how Chris Cuomo’s brother sexually assaulted a group of women. https://t.co/rUH4zPCOPn

“I love you brother”.

This was a great, uh, transfer between Chris Cuomo and Don Lemon tonight on CNN. Look at the journalistic lash: pic.twitter.com/x0GsD8dwWz

Nicholas Fondacaro, a news analyst at the conservative Media Research Center, noted the lack of comment on the scandal.

Appear @ChrisCuomo will not address the NY AG report showing that he was helping his brother cover up his criminal sexual misconduct and defame his victims. Thus began the show. In May, he made comments at the top of the show. pic.twitter.com/GVPtvhw9SX

Fox News reported: “Chris Cuomo previously apologized to his colleagues for putting them in a ‘bad place’ and acknowledged that he was in a ‘unique and difficult situation’ as the brother of the nation’s most prominent governor while he was CNN’s star host, but he insisted in which to know where the line is “.

In March, having previously covered his brother, and even interviewed him about his administration’s COVID policies, Chris said“Obviously, I can’t cover him because he’s my brother. Now, of course, CNN has to cover it. They have covered it extensively and will continue to do so. “

Chris showed his brother a giant q-tip from the gag when he discussed COVID testing policies in 2020.