The Australian government is urged to declare any use of spyware in its intelligence gathering and to refuse to use surveillance products made by an Israeli security company, as the fallout continues from an investigation that appeared to show widespread abuse of powerful cyber tools .

Reports from a global consortium of media organizations and human rights companies last month focused on software called Pegasus, produced by Israel’s NSO Group, which allows the user full remote access to a target’s smartphone. NSO’s technology is so advanced that it even carried out successful and undetected attacks against the latest updated iPhones, according to reports.

And while NSO claims that it sells its software only to responsible governments and only for law enforcement and counterterrorism purposes, a list of 50,000 phone numbers, allegedly targeted by Pegasus, indicated that activists, politicians and journalists were victims of surveillance.

Amnesty International, which was involved in the investigation, said that the unregulated status of the surveillance software constituted a human rights crisis. And while Australia was not one of many countries implicated for using Pegasus, Amnesty Australia’s campaign manager Tim O’Connor said spyware poses a very real danger to those who hold the authorities to account.

“Amnesty is seeking assurances from the Australian government that it has not and will not threaten civil liberties and human rights through spyware such as Pegasus, and will refuse to use NSO software,” he said, adding that the organization also wanted him to Australia disclose any previous, current or future contracts with private surveillance companies.

NSO, which works closely with the Israeli government on the export of its software, could no longer hide behind the claim that its spyware was only used to fight crime, O’Connor said, as there was overwhelming evidence of which was used systematically for humans. rights violations.

“These findings show that the surveillance industry is out of control. States must immediately implement a global moratorium on the export, sale and use of surveillance equipment until a regulatory framework that complies with human rights is established. “

But cybersecurity expert Paul Haskell-Dowland, an associate professor at Edith Cowan University, said a framework that allowed spyware for one purpose and not another would be virtually impossible.

“The moment you use any of these types of technologies, the temptation of certain governments to use it for inappropriate means will be high. The chance of this malware ending up in the hands of criminals is also very high, ”he said. 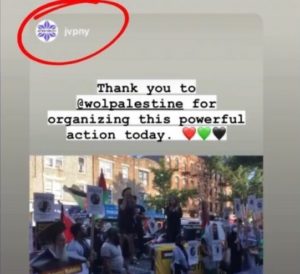