A Gulf of Tonkin Incident in the Gulf of Oman ?, by Pat Buchanan - Africa News Quick
Skip to content

A Gulf of Tonkin Incident in the Gulf of Oman ?, by Pat Buchanan

A week ago, the MT Mercer Street, a Japanese-owned tanker run by a UK-based company owned by Israeli billionaire Eyal Ofer, sailing in the Arabian Sea off the coast of Oman, was attacked by drones.

A British security guard and a Romanian crew member were killed.

Britain and the United States immediately blamed Iran and the Israelis began to beat the drums of war.

On Tuesday, Prime Minister Naftali Bennett warned that Israel could “act alone.” “They can’t sit quietly in Tehran while they light up the whole Middle East, that’s over,” Bennett said. “We are working to recruit everyone, but when the time comes, we know how to act alone.”

On Wednesday, Gantz increased it: “Now is the time for action, words are not enough. … It is time for diplomatic, economic and even military action. Otherwise, the attacks will continue. “

And what do the Americans say?

“We are sure that Iran carried out this attack,” Secretary of State Antony Blinken said. “We are working with our partners to consider our next steps and consult with governments within and outside the region on an appropriate response, which will be forthcoming.”

Iran, however, has repeatedly denied that it ordered the attack.

What makes the attack puzzling is its timing, as it occurred just days before the inauguration of Iran’s newly elected president, the ultra-conservative hardline Ebrahim Raisi.

Query: Would Raisi have ordered a provocative attack on an Israeli-owned ship, a few days before taking office, when his highest priority is the lifting of the “maximum pressure” sanctions imposed on his country by former President Donald Trump? Why?

Would Raisi put his main diplomatic objective at risk, only to exact revenge on Israel for some previous attack in the tit-for-tat war that Iran and Israel have been involved in for years? Again, why?

If it weren’t Raisi, would the outgoing president, the moderate Hassan Rouhani, have ordered such an attack in his last hours in office and risked starting a war with Israel and the United States that his country could not win?

Could the attack have been the work of rogue elements of Iran’s Republican Guard Corps? Gantz and Foreign Minister Yair Lapid claim that Saeed Ara Jani, head of the drone section of the IRGC, “is the man personally responsible for the terrorist attacks in the Gulf of Oman.”

Or was it simply a thoughtful Iranian retaliation for the Israeli attacks?

For years, Israel and Iran have been in a shadow war, with Iran backing Hamas in Gaza, Hezbollah in Lebanon, Houthi rebels in Yemen, and the Shiite militia in Syria and Iraq.

Israel has initiated and responded to attacks by targeting Iranian-backed militias in Lebanon, Syria and Iraq, and by sabotaging Iran’s nuclear program and assassinating its nuclear scientists.

But whoever is behind the attack in the Gulf of Oman, and whatever the political motive, the United States was not the target, and the United States should not respond militarily to a drone strike that was not directed at us.

No one has delegated us to police the Middle East, and we have not prospered these last two decades by delegating ourselves.

With the United States leaving Afghanistan and US troops in Iraq emerging from any “combat” role, now is not the time to get caught up in a new war with Iran.

Let’s not forget it. It was in August, 57 years ago, that the Gulf of Tonkin incident occurred, which led the United States to plunge into an eight-year war in Vietnam.

President Joe Biden’s diplomatic goal with Iran, since he took office, has been the resurrection of the 2015 nuclear deal from which former President Donald Trump walked away. In exchange for Iran’s reacceptance of the strict terms of its nuclear program, the United States has offered a lifting of Trump’s sanctions.

Whoever launched the drone strike sought to ensure that no new US-Iran deal is consummated, that US sanctions remain in place, and that a US war with Iran remains a possibility.

But again, why would Tehran carry out a drone strike and kill the crew of an Israeli-owned ship and then loudly deny it?

Since taking office, Biden has revealed his intention to pull the United States out of the “eternal wars” of the Middle East and to turn to the Far East and China. By the end of this month, all US forces will be out of Afghanistan, and the 2,500 US troops still in Iraq will be repurposed, no longer designated as combat troops.

Those behind this attack on the Israeli-owned ship do not want to reduce the possibility of a war between the United States and Iran.

They want to make it happen. We must not please them. 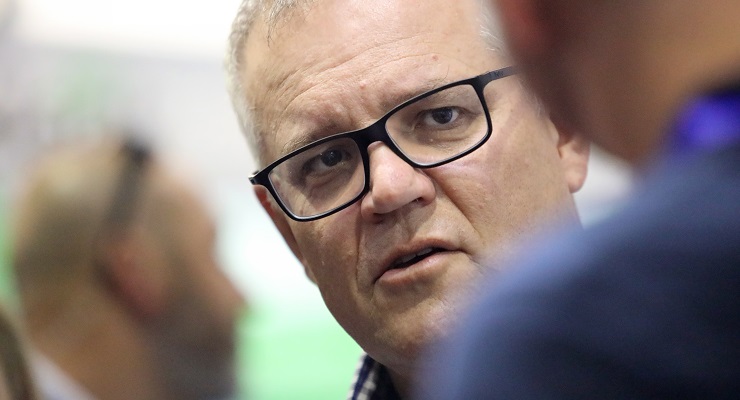 Optus under investigation for violation of white pages privacy