Dumber than a pet rock

This is the kind of history you wish it was a satire:

The University of Wisconsin removed a controversial rock from its Madison campus on Friday after the Black Student Union and other activists objected to its description nearly 100 years ago with a racial slur.

Chamberlin Rock, which rests atop Observatory Hill, is named after a 19th-century geologist and former university president, Thomas Crowder Chamberlin, whose work focused on glacial deposits, according to a biography on the university’s website.

Apparently, the students who “woke up” haven’t been able to point anything to the geologist, but that didn’t stop them:

In October 1925, the university had the rock excavated and prominently placed atop the hill to honor Chamberlin, who would die in Chicago three years later. The rock was a rare specimen believed to be over 2 billion years old, and before it was installed on Observatory Hill, only about a foot and a half was visible above the ground, according to the article. It is believed that it was carried by glaciers from Canada to Wisconsin.

In the 1920s, a slang term used to describe large dark rocks included the N word, and it appears in the coverage of the rock installation.

It was hardly the rock’s fault, but the rock had to go nonetheless, despite the fact that “the researchers did not discover other printed cases in which the rock was referred to by this word.”

The rock is washed away

“This moment is about the students, past and present, who tirelessly advocated for the removal of this racist monument,” he told the Associated Press. “Now is a time for all BIPOC students to sigh in relief, be proud of our resilience, and begin to heal.”

Cicatrization! From the terrible wound of having a stone on campus. But it could have been worse:

Student groups had also demanded the removal of a statue of Abraham Lincoln from campus, but university leaders rejected that request.

What passes for higher education in the United States is pathetic. Over time, it needs to be improved. But for the foreseeable future, the fewer young people who attend college, the better, both for them and for us. Most young people are much better off receiving technical training and entering one of the trades or working in manufacturing or other fields. The pay will be better than the average four-year college graduate, and at least they won’t be badly educated by the leftists who control our colleges and universities. 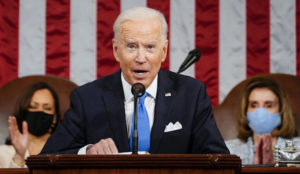