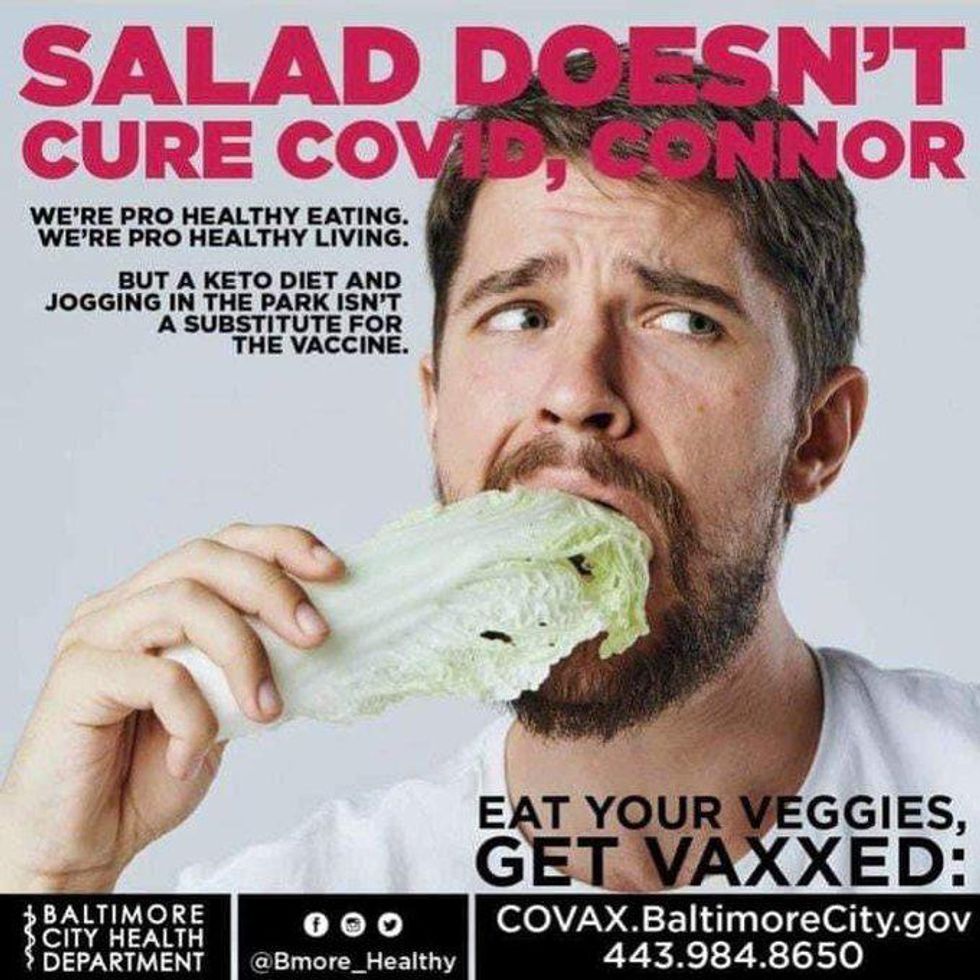 Texas is in the midst of a coronavirus surge, helped by Governor Greg Abbott’s outright ban on mask and vaccine mandates. The state has lost more than 53,000 residents to the disease and they are rapidly running out of ICU beds. Earlier this month, the State Department of Health Services requested five mortuary trailers be stationed in San Antonio as “a normal part of preparing to have them available to support local jurisdictions should they need them.” In short, it is really bad.

With the Governor of Texas rolling out the welcome mat for COVID, even going so far as to catch it himself, it was up to Lt. Governor Dan Patrick to defend the administration’s honor in White Power COVID Love In by Laura Ingraham last night.

“They are coming after your state … due to increasing COVID numbers. Hospitalizations, deaths have increased in Texas and there is a direct attack on your governor’s policies and your state’s policies, what is your response? ? ” Ingraham asked, teeing off for Patrick to bunt, like the smallest baseball player in the league.

“Well Laura, COVID is spreading, in particular, most of the numbers are with the unvaccinated. And Democrats like to blame Republicans for that. Well, the largest group in most states it’s African Americans who haven’t been vaccinated. And lastly, the time I checked, more than 90 percent of them vote Democrats in our major cities and counties, “Patrick said.

And through the Botox and shamelessness, a momentary cloud passed over Laura’s face. Because that’s when she realized that she and her guest were going to be the subject of another withering takedown in the
Mail for being a racist garbage fire that poisons the country.

Because Dan Patrick was lying, of course. While African Americans get vaccinated at slightly lower rates than their white counterparts, there are simply far more white people in this country, and in Texas for that matter, which means that many more unvaccinated white people roam spreading their germs like a bunch of morons.

But of course Dan Patrick doesn’t give a shit about math or factual reality, not when there are racist tropes about dirty black people to sell.

“It is up to the Democrats, as well as the Republicans, to try to vaccinate as many people as possible,” he continued, making it clear that he feels no responsibility to take care of his own melanin-rich constituents.

“And if people don’t want the vaccine, we are not going to impose it on them. That is their individual right,” he said, careful to follow the party line that it is great to choose to be a vector of a deadly disease. disease. “But in terms of criticizing Republicans for this, we are encouraging people who want to take it to do so. But they are doing nothing for the African-American community that has a significant and high number of unvaccinated people.”

Guys, if I could switch personal on a Friday afternoon, can I just say FUCK THIS GUY SO HARD. Because like me, Dan Patrick is from Baltimore, so this shit is humiliating to me on a whole different level. His demeanor is vile by any standards, but he is particularly disgusting because he comes from a mostly black city where he grew up surrounded by people of color. Don’t have to look Baltimore COVID Control Panel to know that it is a lie to say that the Democrats “are not doing anything for the African-American community.” But if you did, you’d see that 65 percent of Baltimore residents have had at least one chance, which is 20 percent higher than Patrick’s voters in Lone Star State. Because, like Obama,
we really care.

But life is too short to think of idiots like Dan Patrick. So instead let’s say hello to the Baltimore City Department of Health, which is
killing him on social media.

In a shameless campaign to take on anti-vaccines, BCHD is covering social media with hilarious memes.

No brunch for you, DEBRA!

“[Residents] we were dealing with friends and members who went to parties and other things that they shouldn’t be doing but didn’t have the language to communicate harm, so we turned some of them into memes, “said BCHD consultant Benjamin Jancewicz. USA Today.

Are here for a history lesson, for those of us who grew up alongside a world-famous medical institution that consistently outcast black residents of the city, but it seems they have forgotten. Wow, Dan, do you think there’s a reason African Americans might be a little wary of the medical establishment?

And they understand that we We are together in this, each of us is responsible for the other.

They have a mean clapback game, too.

Thomas, you seem to be interested in prostate exams. The Men’s Health Center (MHC), operated by Total Health Care,… https://t.co/3oLk1LunSj

So I don’t want to hear shit about Democrats not dealing with blacks, and certainly not guys like Dan Patrick, who are working to kill as many of their own constituents as possible. Get the shot, put the mask on and shut up.

Smash that donation button to keep your Wonkette ad-free and energetic. And if you order on Amazon, use this link, because reasons.