We’ll have to send combat troops to Afghanistan again after this debacle, says … Obama’s SecDef – HotAir

It’s an obvious point, but perhaps a bit more pointed coming from a key member of Barack Obama’s national security team. “Our work is not done in Afghanistan”, Leon Panetta told CNN’s Erin Burnett, who wondered how Joe Biden planned to get revenge on ISIS-K without troops in the country.

To do what Biden promised yesterday, the former CIA director and defense secretary explained, the United States will again need combat boots on the ground. “We can leave a battlefield,” Panetta said, “but we cannot leave the war on terrorism”:

BURNETT: So stick to the August 31 deadline. I mean, he’s made it clear that even after that they’ll do everything they can, but he’s sticking with it. It is not expanding it and what it is, is what it says. So do you agree with that? Is it correct to stick to this date of August 31?

We will probably have to re-enter when al-Qaeda resurrects as it will with this Taliban. They have sheltered al Qaeda before. They will probably do it again. So yes, I understand that we are trying to get our troops out of there, but the bottom line is that we can leave a battlefield but we cannot leave the war on terror, which remains a threat to our security.

BURNETT: That too, I mean, the president promised today, as you say, to hunt down those behind the attack at the time and place the United States chooses, he said all those words. But basically it seems that what he is saying is that he is going to require more people to return to Afghanistan, which is the opposite of what he wants to do.

PANETTA: Well, what we are going to do is counterterrorism operations. We will have to go after those responsible. I think we have very good intelligence on the leadership of ISIS. I think there is a good chance that we can identify who is involved in this attack.

Consider this as the counterpoint to today’s James Stavridis argument. Both Stavridis and Biden speak of counterterrorism operations “on the horizon,” but that relies on strong intelligence on the ground. If we had continued to support the Afghan military with logistics, contractors and intelligence as we had done until around July 1, when we disconnected Bagram without even notifying our partner government, we might still have strong capability “on the horizon” in Afghanistan.

However, as things stand, we are now blind and mostly deaf to what is happening in Afghanistan. The White House has tried to claim that it can track terrorist groups using communications traffic, satellite data, and other high-tech options, but that’s not enough to target when an attack is necessary, especially in terrain like Afghanistan. The only other way to get that information would be to build an intelligence network among Afghans, and they just got a full-screen view of how much we value their cooperation and partnership.

Republicans can point this out all day long, and all they get from the media are headlines about “attacks.” Having Panetta point out the obvious about our capabilities “on the horizon” after this disastrous mistake and betrayal could move the needle a bit more. It certainly puts pressure on Biden to find others willing to publicly defend his incompetent retirement. It will take more than Stavridis to counter Panetta, and just about everyone else not dazzled by Biden’s barely coherent word salad.

Joseph? Are you there, Joe? Biden is gone – RedState 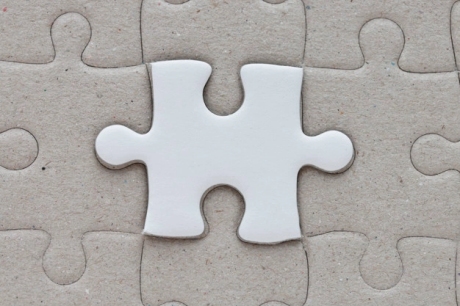