There is a 32-second video of what appears to be Joe Biden sleeping in the Oval Office as the new Israeli prime minister speaks directly to him.

In this 32 second video, it appears that he is sleeping.

WATCH: Joe Biden appears to fall asleep in the middle of a meeting with Israeli Prime Minister Naftali Bennett pic.twitter.com/2778gJGZI2

But Joe’s online followers (or bots, it’s hard to tell) say that the video is not correct, that he did not fall asleep.

They are hinting that the video is “selectively edited” or fake, or we just don’t realize that Joe is “deep in thought”.

So, I decided to do some research and found the full 11+ minute CSPAN video of the meeting between the two men.

And after watching it, my personal opinion is that Joe Biden probably fell asleep for about 33 seconds, from the 10:16 mark to the 10:49 mark.

In my opinion, it is the prime minister’s attempt to have direct eye contact with Joe that gives him away the most.

Joe’s head stays still when the prime minister is obviously speaking to him directly and looking at him … that’s what really makes it look like he’s been sleeping for about 33 seconds.

But there are other things too.

For example, it appears that Joe begins to go “glassy” at the 9:58 mark.

Here’s Joe with both eyes open at the 9:58 mark, where he seems to look a bit tired and “down” on his eyes.

And this is a screenshot of the 10:35 mark, and you can clearly see that Joe’s eyes are closed.

I was not listening. He was asleep. pic.twitter.com/j1Leeczdln

Here’s what people online are saying about this incident:

“God help us, we are being led by Rip Van Winkle”

“What’s even scarier is that Kamala and Nancy are next in line. Heaven help us.”

“This shit is no longer fun. His family failed him. “

“To be fair, if I screw up as many things as Joe, they would also screw me up.”

“He’s better asleep when he can’t screw up that much. Keep it low, Joe! “

“The world is staring in disbelief”

“I am Brazilian and I don’t know how you Americans chose this fool.”

Of course, the left thinks this guy is sneaky as a tactic and is wide awake and just “taking in” everything the PM has to say, and the right thinks Joe is slow, sleepy, and senile.

I do not know, based on everything considered, I think that the right “wins” this argument, without a doubt.

Attention: Wayne Dupree is a free speech advocate who works tirelessly to bring you news that the mainstream media ignores. But it needs your support to continue providing quality, independent journalism. You can make a big impact in the war on fake news by promising as little as $ 5 per month. Click here Patreon.com/WDShow to help Wayne fight fake media. 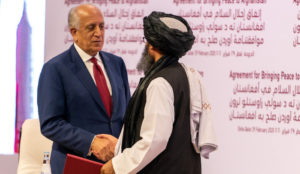