I’ve been arguing for a while that private liberal arts colleges often exhibit much more extreme Wokism than public colleges, so it should come as no surprise that Princeton is giving Mount Royal University a run for its money.

On Wednesday, the New York Post ran an article from two Princeton professors, John Londregan from the department of politics and international affairs, and Sergiu Klainerman from mathematics, on the insidious racial comments from Princeton’s office of diversity, equity and inclusion that are being inflicted on incoming freshmen this autumn:

The Diversity, Equity and Inclusion Office of Princeton University He has a message for incoming students: He wants them to be involved in “taking down” the very institution they have worked so hard to attend. And to carry this message home, the office is more than happy to bring down those who disagree with its official orthodoxy.

When members of the 2025 class arrive on campus, they receive a mandatory injection not of a COVID vaccine, but of indoctrination.

Freshmen are required to view an official video that presents a completely one-sided and negative picture of Princeton’s history. The video and accompanying website are expensive to produce. However, skillful production values ​​do nothing to counteract the bias. . .

What’s worse is that the site highlights classics professor Joshua Katz in a way designed to stigmatize him as a racist, based on his criticism last summer of a missing group of students calling themselves the Black Justice League in an article in Quillette.

While Katz had harsh words for the BJL, the website does not mention that he was denouncing the harassment that the BJL had directed against students, especially African American students, who disagreed with its radical goals and tactics.

There is more; take it at your leisure. And the usual reminder from David Burge:

PAUL AGREGA: You can watch the indoctrination video Steve refers to here.

Dumber than a pet rock 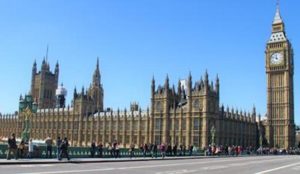