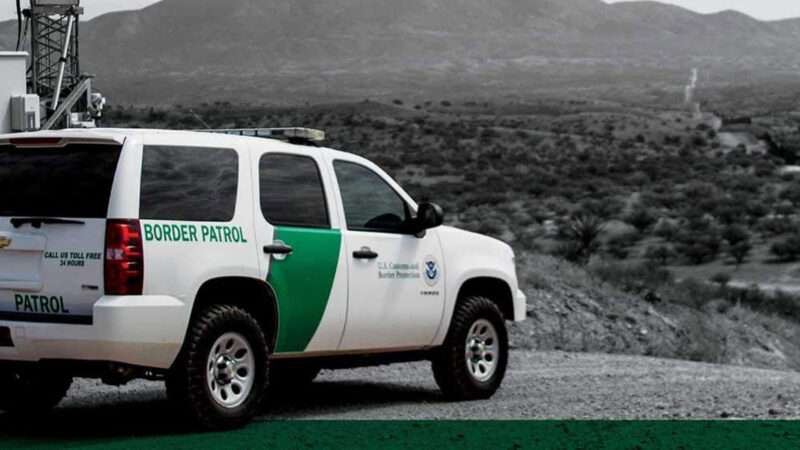 A clear and present absence of danger

Todd Bensman’s America Covert Border War faces various challenges from the beginning. First, it is a speculative nonfiction work on how terrorists conspire to kill Americans. could cross the border between the United States and Mexico, although neither is known to have done so. Second, it was published 15 years after the fear of Islamic terrorism peaked. Third, the Trump administration, the largest source of public speculation about Muslim terrorists crossing the border, has ended. Only the best writers would have overcome those challenges to produce a good book.

Bensman didn’t beat any of them.

The biggest problem with this book is that the author has nothing to write about. Not a single terrorist has illegally crossed the Mexican border and then carried out an attack on US soil. Bensman systematically exaggerates threats, selectively excludes information, and blurs the line between how terrorists could theoretically have infiltrated the country and what actually Have done.

Sometimes Bensman finds a nugget that sounds scary. There is, for example, the “2001 California border crossing of a high-ranking Hezbollah operative (in the trunk of a car) later convicted of terrorism.” That sounds as a legitimate threat, and a reasonable reader might expect that half sentence to be the beginning of a chapter on a serious case of terrorism. But Bensman doesn’t mention it again, never tells the reader the name of the terrorist and gives him a quote that is of little help in tracking him down.

After digging, I discovered that this terrorist was Mahmoud Youssef Kourani. He pleaded guilty to conspiracy to provide material support to a foreign terrorist organization and was sentenced to four and a half years in prison. By all reports, he was a criminally convicted criminal. But there is no indication that he ever planned or intended to commit a terrorist attack, particularly against Americans.

Other times, Bensman can’t even muster that much. One section quotes his work on terrorists who have crossed the border but omits their names and the crimes they actually committed. Once again, I had to dig. It turns out that these migrants with nicknames such as “unidentified Afghan citizen”, “unidentified Sri Lankan citizen” and “employee of Al Manar television” were not terrorists. They happened to be illegal immigrants from Muslim-majority countries.

That’s the biggest methodological problem with Bensman’s book. It focuses on illegal immigrants from Muslim-majority countries, known as “special interest aliens” (SIA), and often mistakes them for “known and suspected terrorists” (KST), who are highly unlikely to be actual terrorists. Often, Bensman begins a subsection by writing about KST and then smoothly moves on to writing about SIA or those on a terror watch list, giving the reader the impression that they are the same thing. Of the more than a million people on these watch lists, very few are KST (and many are false positives).

Bensman does not mention that the Border Patrol detained 91,132 SIAs from 2007 to 2019 – 1.39 percent of all immigrants detained by the agency. None of the HIAs were convicted of carrying out, attempting to carry out, or planning a terrorist attack on US soil. From 1975 to the end of 2020, only nine people convicted of planning a terrorist attack entered the United States illegally. Only three of them crossed the border between the United States and Mexico. They were Shain Duka, Dritan Duka, and Eljvir Duka, and they didn’t come here with a plot in mind: They crossed as children in 1984, then were arrested 23 years later.

Bensman does not mention the Dukas, perhaps because they are ethnic Albanians from Macedonia. Neither Albania nor Macedonia have ever appeared on an EIS country list.

If illegal aliens are not a terrorist threat, what about asylum seekers? There, the body count is not zero, but it does not reach double digits. From 1975 to 2017, nine people in the US have been killed by terrorists who entered as asylum seekers.

Although this book is supposed to be about a terrorist threat to the United States, the attacks it discusses occurred in other countries. Take Abdulahi Hasan Sharif, a Somali asylum seeker who entered over the US-Mexico border, went to Canada and injured five people in a vehicle attack in 2017. Bensman calls it “the first AIS to cross the border. in carrying out a terrorist attack in America. ” (The word North he’s doing a lot of work).

It is revealing that Bensman titled his first chapter “Proof of Concept: Armed Human Proliferation in Europe.” If Muslim terrorists crossing the US-Mexico border were an urgent concern, Bensman would not have to turn to Europe to prove that it is possible for terrorists to cross the border.

A subsection of that chapter argues that Germany has faced “the brunt of the attacks and plots” of Chancellor Angela Merkel’s decision to allow nearly one million refugees and asylum seekers into the country in 2015. But even there, Bensman doesn’t show much chaos. . He lists some migrants who ended up committing deadly terrorist attacks, some silly plots that were foiled by the police before they likely collapsed on their own, some cases of migrants stabbing innocent people, and a handful of ominous statements from other migrants.

There is no indication of the number of people killed or injured in attacks by Islamic terrorists, a curious omission until one realizes that Bensman describes “cataloging threat and risk” as “inaccurate art.” We cannot make Bensman meet the standards of Van Gogh or Kandinsky in the practice of his art, but we should at least expect him to complete a painting by numbers.

To fill in the gaps, this reviewer has done Bensman’s work for him. From 2015 to 2021, 36 people were killed in terrorist attacks on German soil and 142 people were injured. Therefore, the annual probability of being killed in a terrorist attack in Germany during that time was approximately 1 in 16.1 million. The annual probability of being killed in a normal homicide in Germany was approximately 148 times higher. And 61 percent of the people killed in those attacks were not the victims of Islamists but of German right-wingers, some of them targeting populations that Bensman describes as a threat.

With so little to offer, Bensman’s book gets boring. No problem. The author floods us with statements about “credible” intelligence from terrorists at the border. But these supposedly credible warnings never amount to anything: no deaths, no attacks, no convictions or arrests of people planning attacks. How credible is intelligence that keeps predicting events that never happen?

Bensman argues that national security experts have access to “intelligence reports” showing the “threat of terrorist infiltration [is] quite real, “then he uses this uncontrollable claim to dismiss the criticism rather than directly addressing it. Specifically, he indirectly criticizes the work of my colleague John Mueller and I on the small risk of foreign-born terrorists. Even there, he can’t get His criticism is correct: Bensman says we only consider the cost in human lives, while in fact we also consider injury damage, property destruction, and economic effects.

Bensman ridiculously claims that the Department of Justice (DOJ) would rather deport terrorists than charge them with terrorist offenses. But government employees love to justify their existence by showing that they are getting things done, which is why the press release factory known as DOJ floods the Internet with advertisements about cases that are often silly and hardly terrorism related. If the Justice Department had an actual KST border crossing or knew of one that crossed recently, it would tell the world. Bensman claims that Somali Maulid Jama, an alleged serious terrorist risk detained along the border, was deported to save the “huge expense of a trial” that would have made a prosecutor’s career during Jeff Sessions’ tenure as attorney general, an idea too fanciful to believe. The government deported Jama because there was insufficient evidence to convict him of a terrorism-related crime.

At one point, Bensman tells us that “national security leaders and professionals, regardless of which party held the White House, saw things that the American public cannot or will not see. One of the purposes of this book is to make visible what them watch so we can all move on. “Bensman may have been too successful. If this book really shows us the threat they see, we can stop being afraid of terrorists crossing the US-Mexico border. 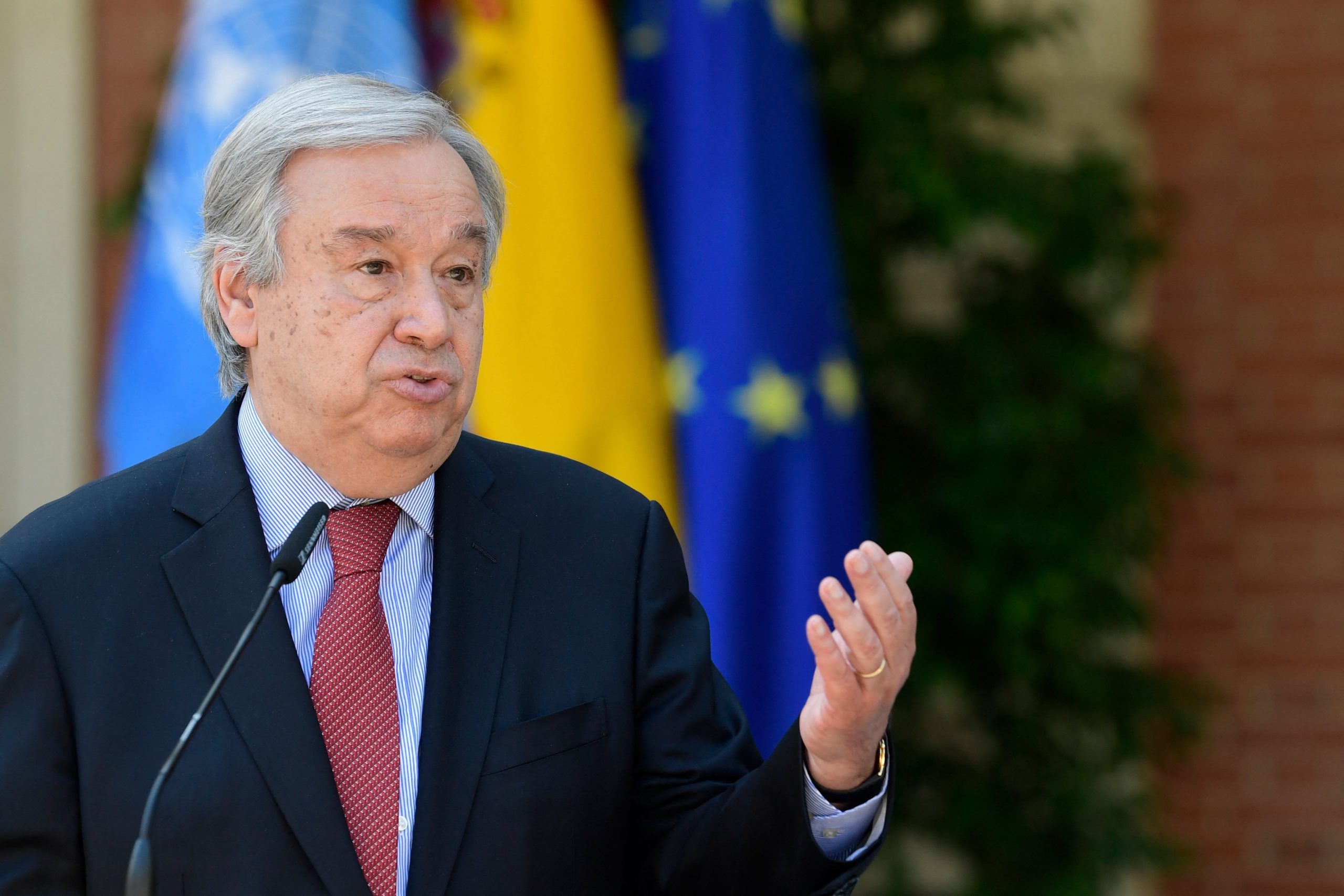 The Taliban got their hands on US military equipment because we invaded Afghanistan, not because we withdrew – Reason.com