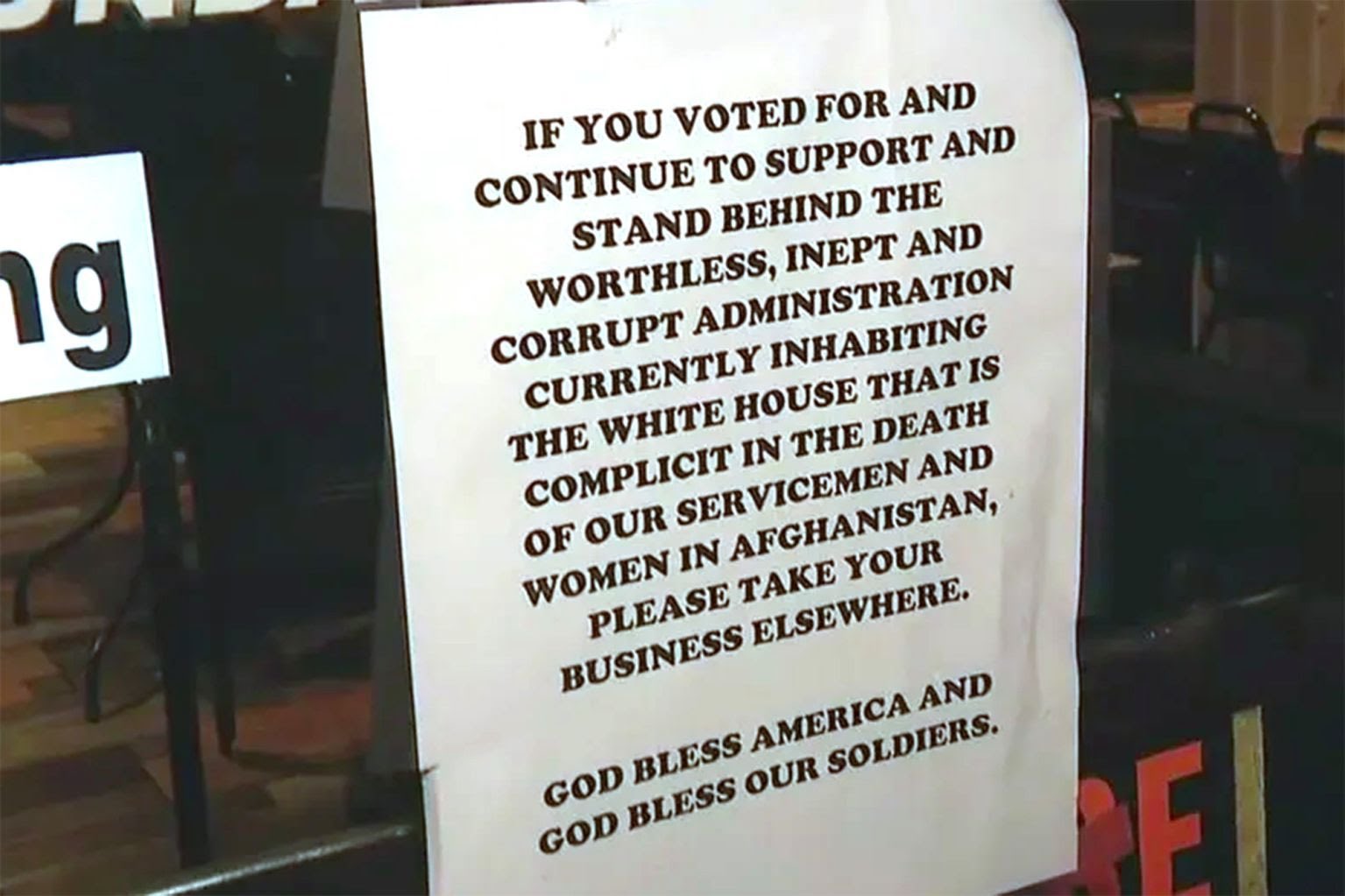 Remember the Florida diner who got so mad at how Biden failed to pull out of Afghanistan and we lost 13 brave heroes, and they put a sign on his door telling all Biden voters to stay out?

Well, the owner of that restaurant, who put her money and her reputation where her mouth and heart was, was blessed with the best karma ever.

She’s so busy she ran out of food!

Fox News reported that the DeBary Diner restaurant, located in DeBary, Florida and owned by Angie Ugarte, was closed on September 2 after running out of food following a surge in demand after a sign was posted on the front door that closed the Biden’s chaotic retreat in Afghanistan and told his supporters to move his business elsewhere, according to the West Volusia Beacon.

“If you voted and continue to support and endorse the useless, inept, and corrupt administration that currently inhabits the White House and is complicit in the death of our military men and women in Afghanistan, please take your business elsewhere,” it read. the sign in response. the death of 13 US servicemen in a suicide bombing in Kabul, Afghanistan, during the US withdrawal from the country.

“I’ve had so many people calling me from all over the world, from Europe, trying to buy meals for veterans, which I have not yet been able to organize,” Ugarte told the Daytona Beach News-Journal. “I believe that the veterans will be fed for the rest of the year at the rate that I receive the donations.”

Several military veterans approached the restaurant to express their support for the poster that Ugarte had put up.

“All these people said, ‘We have to come here and thank Angie.’ We wanted to come and thank you, ”Rod Phillips, a decorated Vietnam veteran, told Ugarte as he squeezed his hand. “As a Vietnam veteran and wounded in combat, I don’t wish war on anyone. But there is a right time and place to get out of there. “

This is the opposite of “wake up, go broke,” isn’t it?

And it just goes to show how the silent majority really rules: we just have to stop being so silent.

We need to get very, very loud.

There is no debate on critical race theory